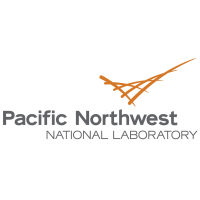 Pacific Northwest National Laboratory (PNNL) and its power industry and software vendor partners are developing an innovative sustainable data evolution technology (SDET) to create open-access power grid datasets and facilitate updates to these datasets by the power grid community. The objective is to make this a sustained effort within and beyond the ARPA-E GRID DATA program so that the datasets can evolve over time and meet the current and future needs for power grid optimization and potentially other applications in power grid operation and planning.

The information on this page (the dataset metadata) is also available in these formats.

via the DKAN API

No DOI assigned at this time.

The synthetic power grid model is represented with the PTI RAW Format.

To use this tool, SIEMENS PSS/E version 33 and its python API is required. Simply run the “SDET_main.py” with python 2.7 32bit.

Output:
- Converged base power flow case solutions in PTI RAW format. The final converged base power flow case solutions are named with '_perfect’.
- For example, once you run the tool successfully, you will get the following:
1) "System3000_perfect.raw", which represents the converged power flow solution of the 3000-bus system, which is also N-1 safe
2) N-1 contingency analysis results of the 3000-bus system in the sub-folder "System3000_perfect.xlsx"