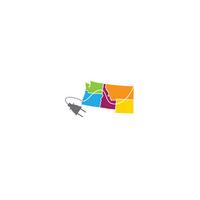 The Pacific Northwest Smart Grid Demonstration (PNWSGD), a $179 million project that was co-funded by the U.S. Department of Energy (DOE) in late 2009, was one of the largest and most comprehensive demonstrations of electricity grid modernization ever completed. The project was one of 16 regional smart grid demonstrations funded by the American Recovery and Reinvestment Act. It was the only demonstration that included multiple states and cooperation from multiple electric utilities, including rural electric co-ops, investor-owned, municipal, and other public utilities. No fewer than 55 unique instantiations of distinct smart grid systems were demonstrated at the projects' sites. The local objectives for these systems included improved reliability, energy conservation, improved efficiency, and demand responsiveness.

The demonstration developed and deployed an innovative transactive system, unique in the world, that coordinated many of the project's distributed energy resources and demand-responsive components. With the transactive system, additional regional objectives were also addressed, including the mitigation of renewable energy intermittency and the flattening of system load. Using the transactive system, the project coordinated a regional response across the 11 utilities. This region-wide connection from the transmission system down to individual premises equipment was one of the major successes of the project. The project showed that this can be done and assets at the end points can respond dynamically on a wide scale. In principle, a transactive system of this type might eventually help coordinate electricity supply, transmission, distribution, and end uses by distributing mostly automated control responsibilities among the many distributed smart grid domain members and their smart devices.

Data collected and aggregated for the City of Ellensburg located in Washington State, U.S.A. This data was the basis for the analysis and outcomes described in Chapter 9 of the Pacific Northwest Smart Grid Demonstration Project Technology...